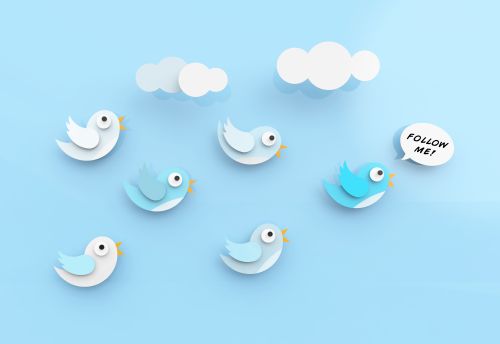 Written by Jo
Feel Free To Share This Article ...

My blog today has been inspired from a sponsored post that keeps turning up on my personal Facebook feed from a particular company who posts the same thing over and over again. It has made me think about how social media affects what we purchase, what we use and what we are interested in.

Being the owner of an online business directory, anyone who knows me knows that I am a prolific user of social media in my business. For anyone who doesn’t know me, I am a self-confessed prolific user of social media in my business and I think at the last count I had uploaded over 3000 photos onto my Facebook business page and sent over 25,000 tweets along with the other platforms I use multiple times a day. Why? Partly because I’m a little bit obsessed with it, partly because I think you have to go full pelt at things to get good results and partly because it does actually work and is worth the time investing into it, if you get it right.

Social media is something that is important to your business but it’s something that must be used in the correct way. Any use of business social media should be viewed in the same way as talking to someone face to face. Imagine not saying “Hello” to someone when you meet them and asking how their day is going. Imagine if you were networking and I simply said to you “I’m Jo, do you want to buy my advertising service?” You’d think I was rude and probably down right cheeky for not even asking for your name or showing any interest in you or your business. The same applies for social media – you can’t insist on selling your services if you don’t have that initial connection.

I liken social media pages to being in a big crowd. If I was in a crowd of people and Mr Smith came up to me and constantly said the same thing of “Do you need advertising today? Can I help you with your advertising?” Initially I would be polite and say “No thank you, but thanks for asking”. 2nd or 3rd time round I might say “Thank you but I’m good thanks”. 4th and subsequent times would be met with “I’m not interested thank you, I’ll phone you if I need your help”. 6/7th time, I would walk the opposite way and I would do my best to avoid speaking to you. We wouldn’t have any business prospects, let alone become acquaintances or friends and you would completely lose the chance to become a connection and a possible lead because all you’ve done is try to sell to me and back at the beginning, I told you I didn’t want or need you or your service at this time. If I was to see you again in another crowd on another day, I would walk in the opposite direction to you for fear that you would repeat the process. You’ve not gained any work from me, in fact you’ve lost a connection in me that you may have worked hard to initially create.

Annoying isn’t it? So what we can we learn from Mr Smith’s mistake?

Social media must be viewed in the same way as speaking to a human, face to face. If you use all of your social media posts to try and sell your product, business or service, eventually people will be sick of seeing the same thing over and over and over again. So you must always use social media in the same format as actually speaking to someone. Try giving them interesting news, try to engage with them by asking them things they’re actually interested in. Before you press “post” – read it back to yourself, would you want to read that? Would care about what you’ve just posted? If the answer is no, delete it and start again.

If you can use that thought process in your social media you can create a much better audience and build some relationships that are worth having. Followers, likers, they’re all just numbers. We know that ‘like ladders’ and such are against the rules so we don’t do it BUT it should never have been about quantity anyway. I was taught as I child, it’s quality not quantity and in social media, it actually is.

Next time you look at a page (perhaps a sneaky peek of a rivals), don’t feel jealous because they’ve got more likers/followers than you. Ask why they might have more than you, ask yourself whether the chance that those extra couple of hundred likers making any difference to their volume or work and profit? Probably not. Now you’ve got over that, instead ask yourself – out of my 200 less likers than them, what am I going to do today to make them intrigued and interested in my business so that they’ll want to keep seeing me on their feeds?

Take a glance at things like that, then move forward blocking out negative thoughts in the process. If you get the attitude and execution of social media correct, you’ll win the business regardless of how many likers/followers you have.

Jo Davies owns and runs the popular Forest of Dean business directory, Forest Traders, offering businesses across the area a chance to promote and showcase their own businesses.

A Call To Action Recommendation